The Government's planning reforms are threatening to increase the demand for housing requirements in Arun by 52%, to over 2,000 dwellings a year, leaving us 'drowning in houses'. Local Conservative MPs are blaming it on "another mutant algorithm". 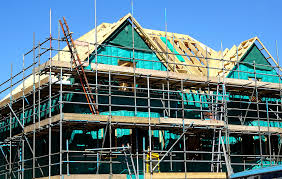 Conservatives on West Sussex County Council (WSCC) admitted current requirements to 'build on flood plains, the loss of agricultural land and the danger to key environmental sites, such as Pagham Harbour'. They also admit to 'pressures that would be placed on an already lacking infrastructure, with problems such as congested roads and a water supply that had recently run short in some areas'.

Lib Dem Arun District councillor Martin Lury, Cabinet Member for Planning, has put together Arun District Council's response and questioned how the Government's target of 337,000 homes per year had been calculated and why nearly all of the increase is located in the south east.

Arun already has over 4,000 dwellings with planning permission, but with developers only building 600 per year. The council has also objected to the significantly reduced delivery of affordable homes, which could result in Arun losing approximately 250 affordable homes over the next 18 months, according to Cllr Lury. He concludes "the proposals within the consultation are hugely concerning for Arun".