Arun Lib Dem Councillors have criticised a lack of consultation with the community after plans were submitted to transform the former Waitrose in Littlehampton town centre into flats.

Plans have been submitted to Arun District Council to demolish the existing buildings and replace them with more than 80 houses, and a small amount of retail space. 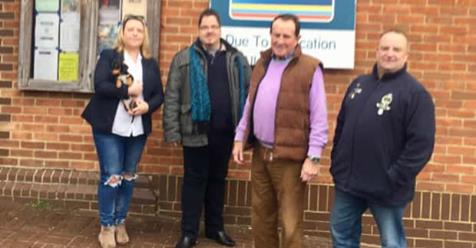 Councillor Ian Buckland said: “Despite having many pre application meetings with officers at Arun the applicants have carried out zero consultation with the community prior to submitting the application. That is unacceptable.”

Councillor Dr James Walsh said: “At first glance the plans seem to show losing a sizeable supermarket and car park for a retail unit of just 158 sq m and 83 flats with minimum space standards and just 40 car parking spaces. This is more of town cramming than town centre planning. It is difficult to see at this early stage what the benefits to the town are, and will clearly worsen car parking problems.”

Littlehampton's mayor, Lib Dem Councillor Billy Blanchard-Cooper, said: “However, we will examine the proposals and respond to the application constructively. The site needs bringing back into use as it is currently a major blight visually and anti-socially to the town centre, with its shutters and concrete blocks.”

Councillor Tracey Baker, deputy mayor, said: “ We need to be encouraging more shopping footfall into the town centre, to maintain and improve its viability, rather than losing retail space to out of town retail parks.”