Allow us to first of all make it abundantly clear that we have unfortunately inherited the last Conservative administration’s Local Plan. Adopted in July 2018, it contains some very controversial and unpopular strategic allocations, and the Plan’s legal status means that we cannot remove or change them immediately.

Another issue is the five-year 'housing supply test'. To quote Cllr Martin Lury (new cabinet member for planning in the Liberal Democrat-led administration) we are "being set up to fail by Central Government, as we are not in control of the developers, whom we cannot force to develop". 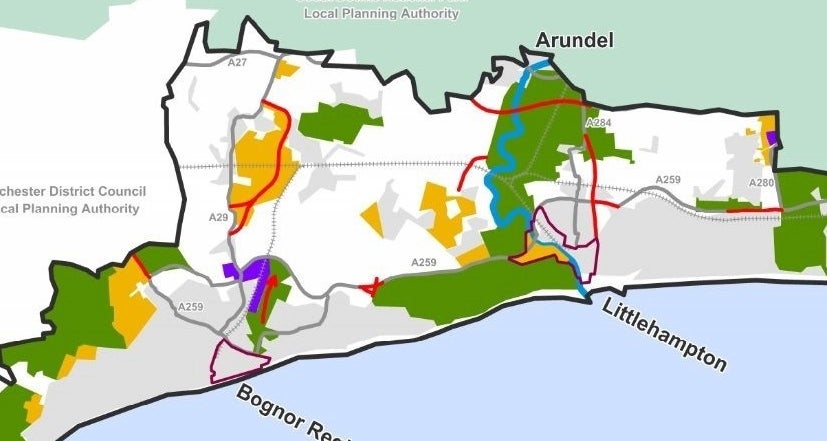 But all is not doom and gloom - as of April 2020 we have introduced a Community Infrastructure Levy (CIL) process which will enable parishes to have a 25 percent share of monies raised from developers in their parish and allocate the money to projects of their choice (within certain guidelines). This will increase the degree of local community involvement in planning. We have also appointed a CIL Officer to administer the sums of money.

In addition, we have produced a Bognor Regis Green Infrastructure Framework alongside our draft Supplementary Planning Document - known as the Arun District Design Guide. This document, in both written and pictorial form, is essentially a toolkit and offers a tick list to identify which design principles should be considered by developers and householders alike. The Guide covers density, layout, sustainability and energy-efficient design, accessibility for all needs, connectivity and greening habitats, enhancing biodiversity, and flood mitigation. In true Liberal environmental spirit.

- We did declare a Climate Emergency as a Council and we mean business!

Other improvements in the Local Plan's Supplementary Planning Guidance are being developed and rolled out. All of which endeavour to make the best of the current legal restrictions hampering more fundamental improvements to the Local Plan.