Is the message getting through?

Have the Conservative councillors on Arun District Council finally woken up to the problems that all the extra houses in Pagham will cause on the local road network (after allowing two other similar sized housing schemes through late last year)...? Or have they just realised how unpopular these thousands of new houses are locally, with an election due in May! 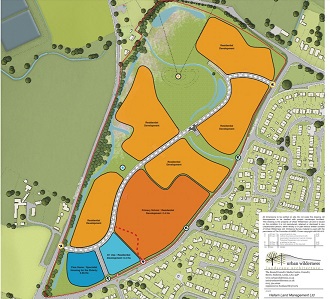 In January, plans for the Hook Lane housing development of 300 houses were turned down (for now) by councillors.

But not until members of the same Conservative-dominated development control committee had already approved outline planning applications for two other schemes in the village, late last year.

The housing already pushed through by Arun District Council consists of a scheme for 400 houses south of Summer Lane and another scheme of 280 houses north of Sefter Lane.

All too little, too late for the residents of Pagham, Aldwick and Bersted.

The schemes are being put forward by developers following Arun District Council's approval of the Local Plan in 2018, which allocated land for thousands of houses surrounding Pagham, Aldwick and Bersted, to the west of Bognor Regis.