Despite frantic campaigning by the other parties, Bognor Regis residents retained their trust in the Liberal Democrat team in the town. Kenton and Martin promise to always put the residents of Bognor Regis before party politics. 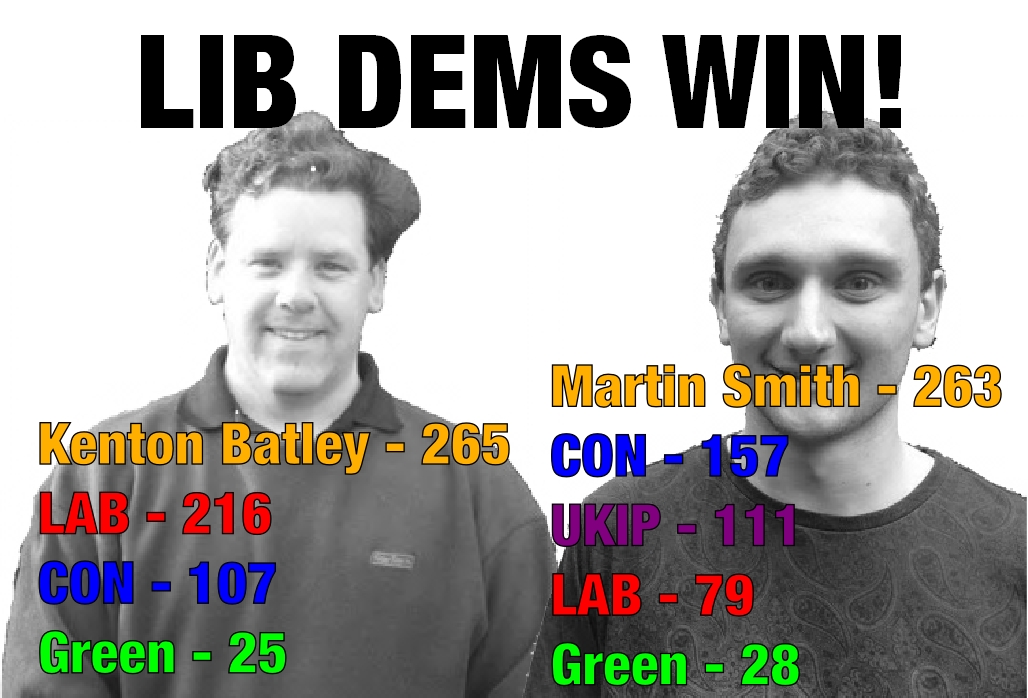