Local residents are angry that the Conservative-run County Council has announced plans to close local rubbish tips for two days each week AND reduce opening hours. Find out more and sign our petition. 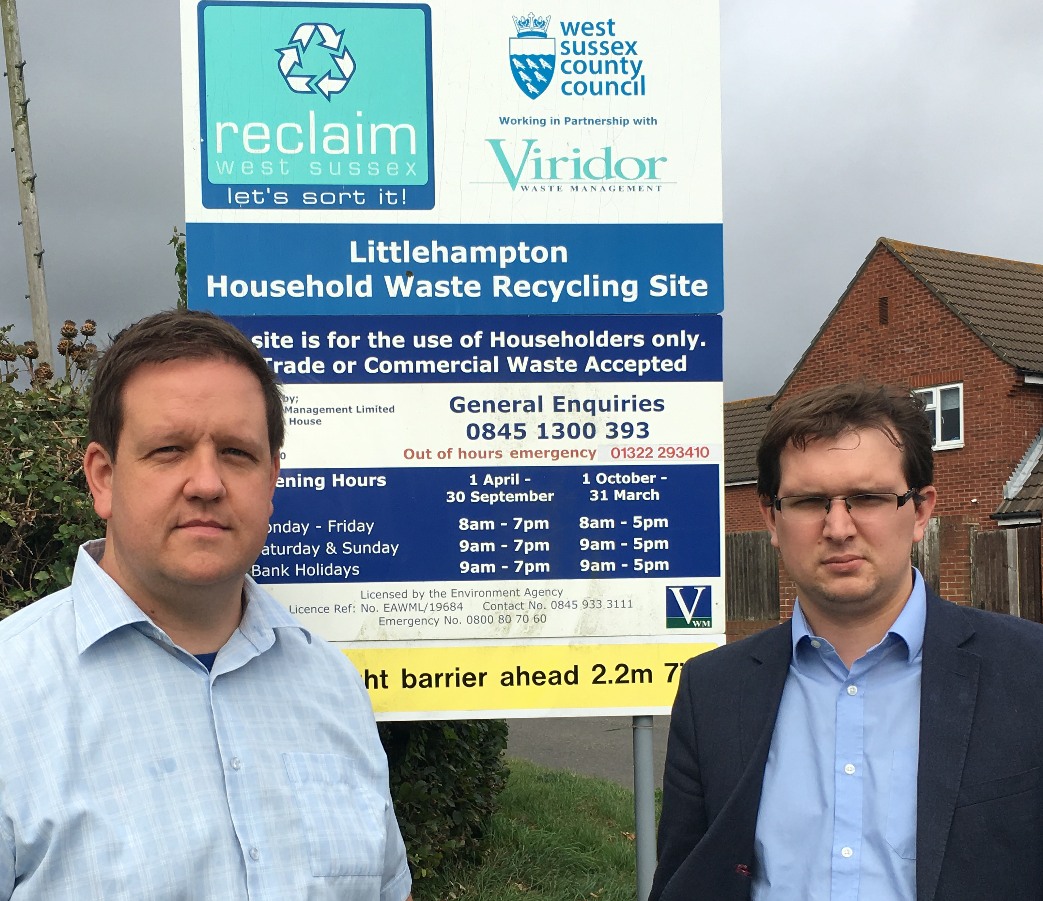 Conservative-run West Sussex County Council has published its plans to slash opening hours and charge for certain DIY waste. You can read the details on their website at: https://haveyoursay.westsussex.gov.uk/waste-management-services/hwrs.

The controversial plans will mean the tips at Littlehampton and Bognor Regis will each be closed two days each week, instead of being open every day as they are now. This also means huge amounts of extra traffic driving to either town when the other tip is closed.

As well as closing the tip two days a week, the Conservatives have also announced plans to reduce its opening hours. They also want to introduce a “tip tax” for DIY materials and other waste. Local residents have slammed the plans.

Local people are also concerned about the increase in fly-tipping that could result from the tip being closed for longer. Liberal Democrat councillors voted AGAINST the planned cuts. Lib Dem campaigners have set up a petition calling on the Conservatives to reverse their unpopular plans. Please sign and return our petition today.