Save the Sunken Gardens

Liberal Democrats in Bognor Regis have launched a petition and staged a public meeting to save an open space in the town. The councillors leading the meeting want to stop plans by Conservative-led Arun District Council for a "linear park" on the site of the Sunken Gardens between Queensway and Waterloo Square. 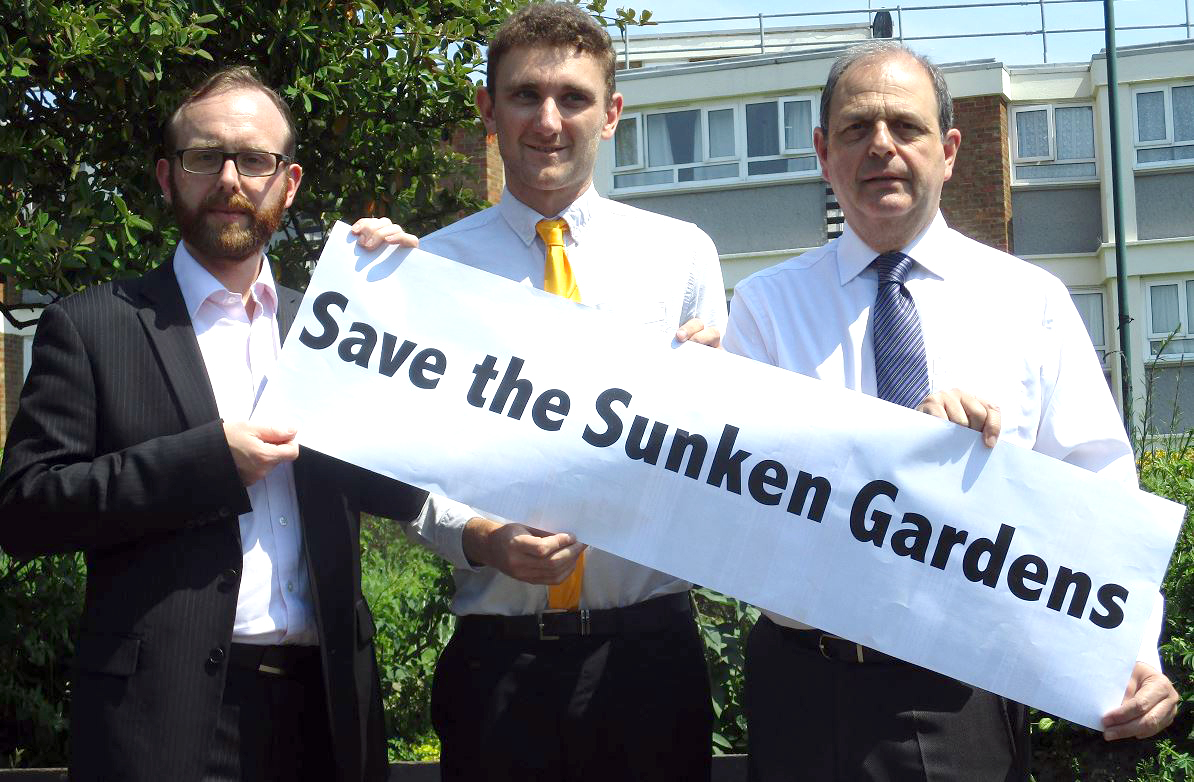 The meeting took place on 21st June in the Jeneses Arts Centre in Linden Road.

One of the Councillors involved, Matt Stanley, says "We wanted to give the community a platform to raise their concerns about this project, and also to share their thoughts and provide input into a community-led alternative for the area.

"As Liberal Democrats, we believe that the regeneration of our town has to work for the community. In order to achieve this, we need to communicate.

"Alongside our public meeting, we will be launching a petition to request that Arun put an immediate halt to their "Linear park" project.

"Hopefully, from here we can start developing an alternative proposal that the community actually want."

Cllr Stanley notes that his by-election campainging last February in the Marine Ward revealed a lot of opposition to the "linear park" scheme. But repeated bids to get Arun District Council to discuss the matter had failed.

"Therefore, it is clear we have to do something different", he adds.